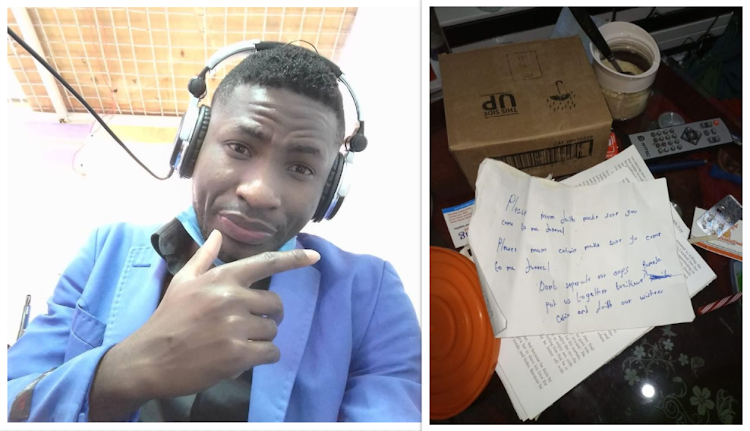 Calvin Barasa and the suicide note found in his house after the alleged attempted murder suicide.

The choir boy from Mwingi who stabbed his girlfriend thrice on her stomach had penned an eerie suicide note to both their parents.

Calvin Baraza 24, instructed his parents to ensure that even in death, his girlfriend, Faith Makau would never escape him.

Calvin had allegedly taken poison to end his life but that was not to be.

In his house, a suicide note was recovered where he had asked his mother and Faith's mother not to miss their burial.

He also directed their bodies to be buried inside the same coffin as it was their wish.

The letter was signed, "Calvin and Faith, our wishes." 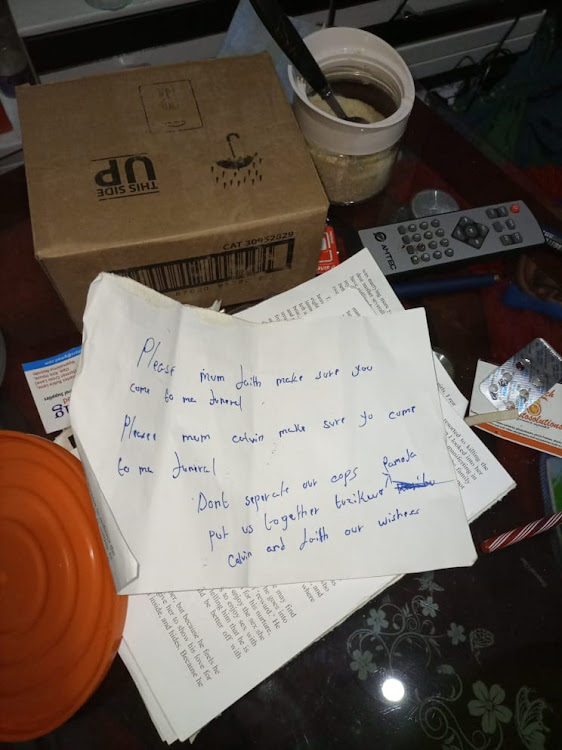 The two were believers at the same local church in Mwingi town and were said to have a relationship that turned sour before the man attempted to take both of their lives.

Calvin Baraza, 24, who is a keyboard player at a local church stabbed his girlfriend, Faith Makau after an argument.
Crime
1 year ago