Wife of the dead Kayole youth speaks after riots

Riots in Kayole over police brutality

Protests and chaos rocked Kayole in Nairobi on Thursday after police officers on patrol allegedly killed a 38-year-old man while enforcing the curfew.

The 10pm to 4am curfew is in place as part of measures to curb the spread of Covid-19 pandemic.

John Kiiru was allegedly beaten to death for violating the curfew.

Locals said Kiiru, a boda boda rider was on Wednesday night headed home, when police officers cornered and attacked him at Tushauriane Stage.

The rider of the motorbike that he was aboard, however, managed to escape, locals said.

A witness claimed the officers pursued and hit him, causing grievous harm.

He succumbed to the injuries a few meters away.

The deceased’s spouse, Esther Wanjiru said Kiiru called her at 12:30am on Thursday and informed her that police had seriously assaulted him.

She said she did not hear from him again.

In the morning, his body was still lying at the assault site as protesters gathered and demanded action be taken against the man’s killers.

This gathered pace and a crowd took to the streets.

They lit bonfires and used rocks to block roads.

Others took advantage of the chaos to loot as police withdrew in the confrontation.

Attempts by police officers to take Kiiru’s body from the scene were met with opposition for several minutes before they managed to do so.

A number of pedestrians were attacked and robbed in the chaos as local police called for reinforcements to address the situation.

“There is no need to cause more trouble. It will be addressed,” he said.

Check out photos from the riots. 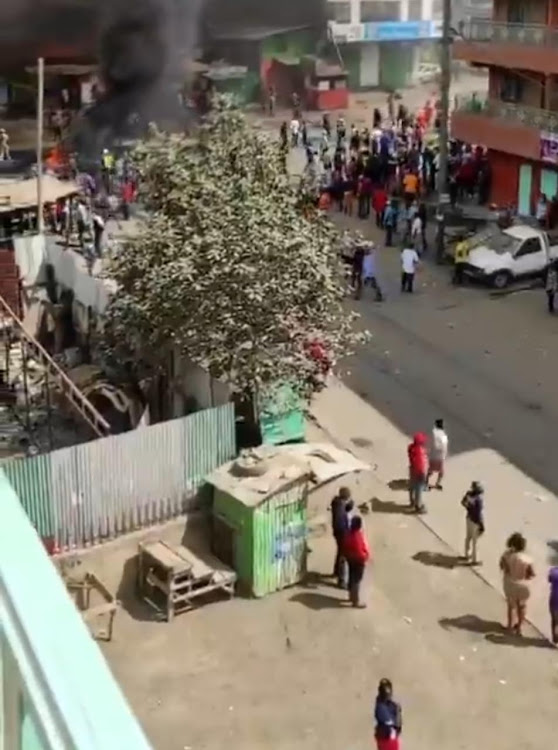 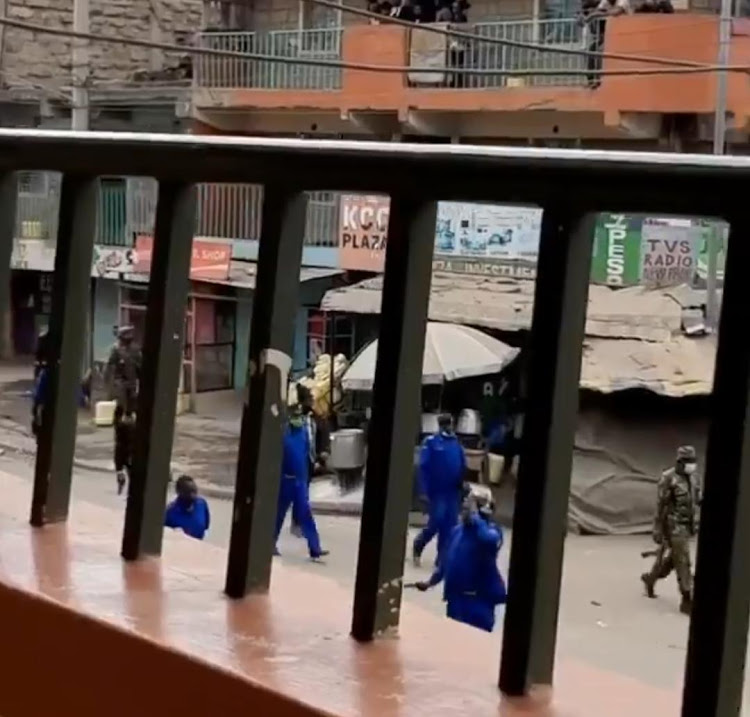 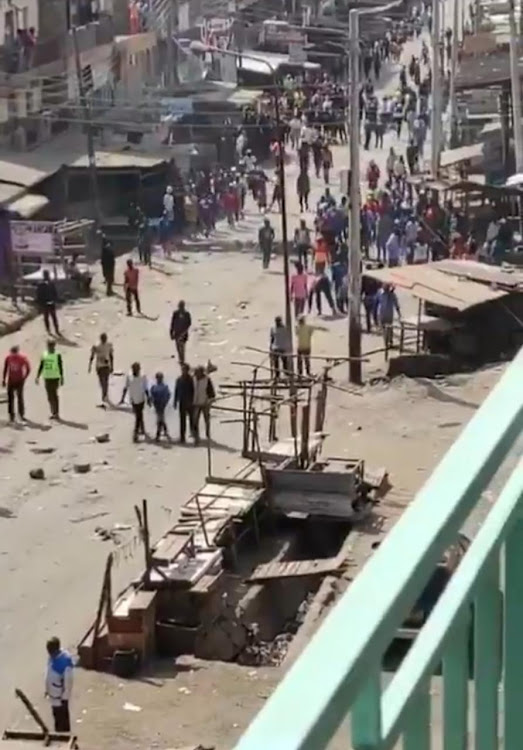 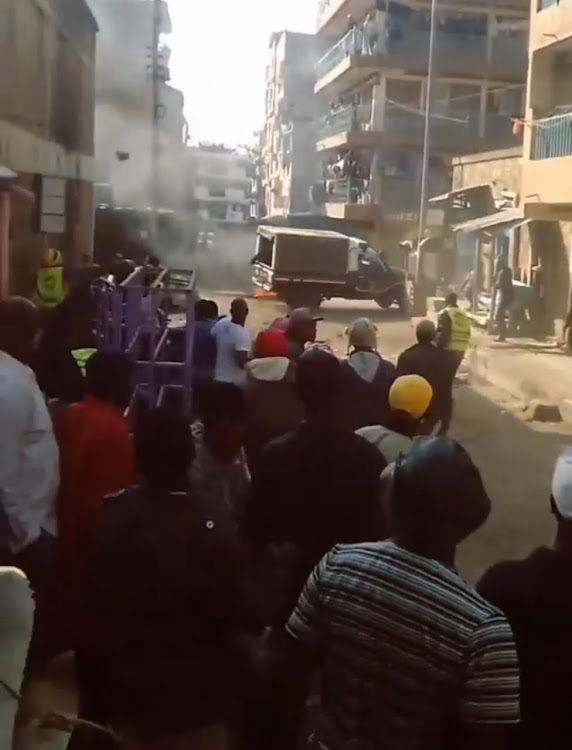 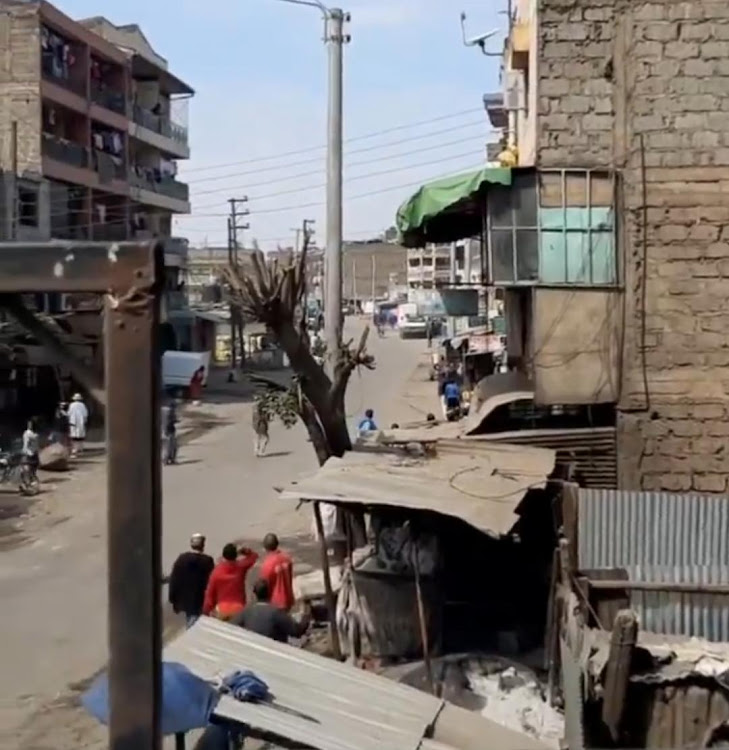 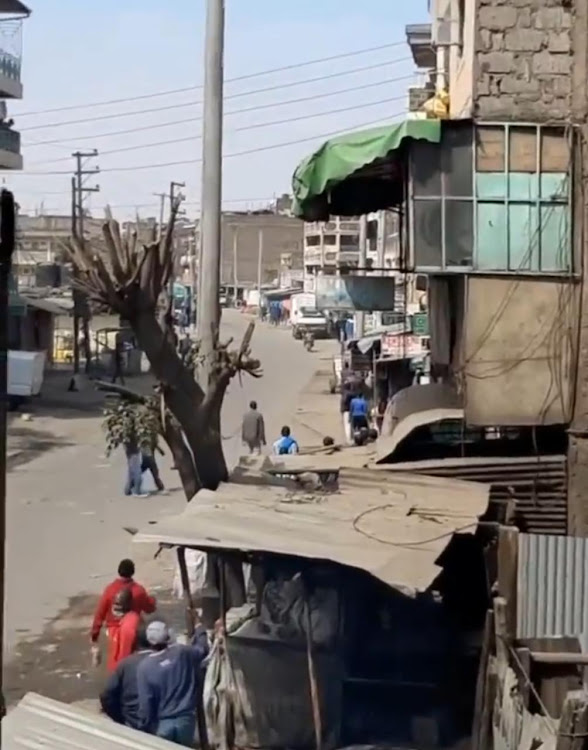 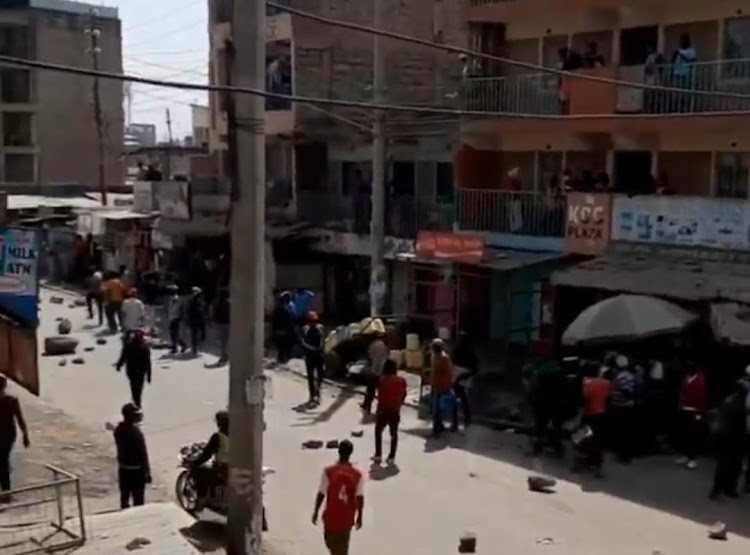 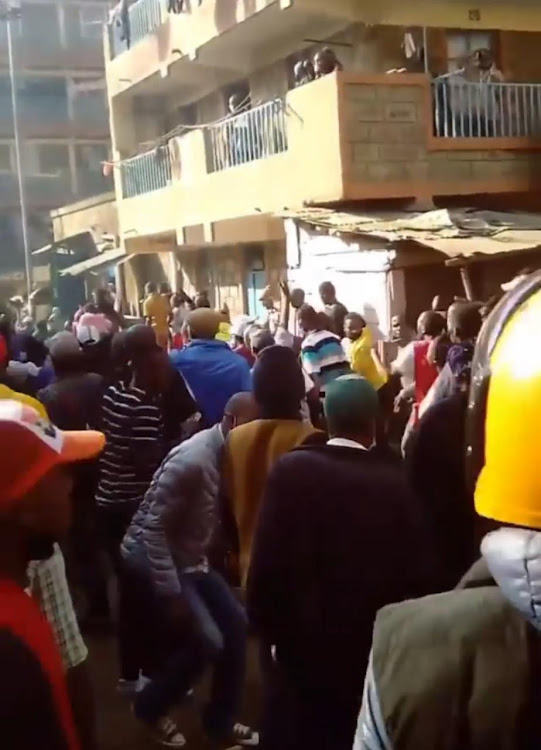 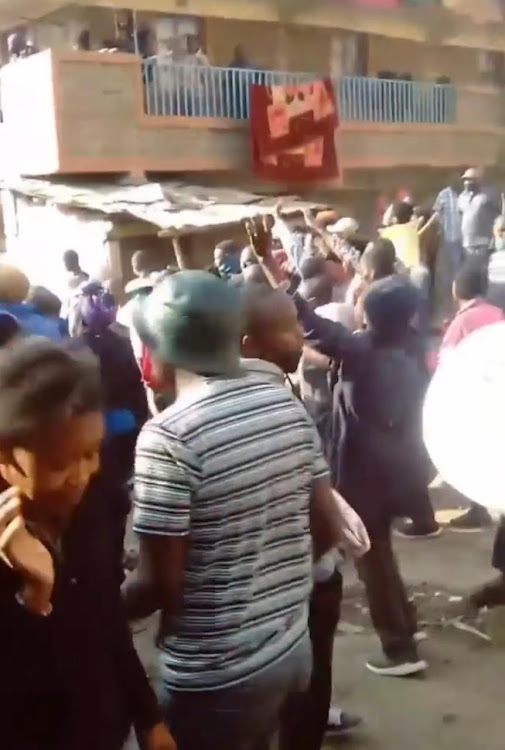 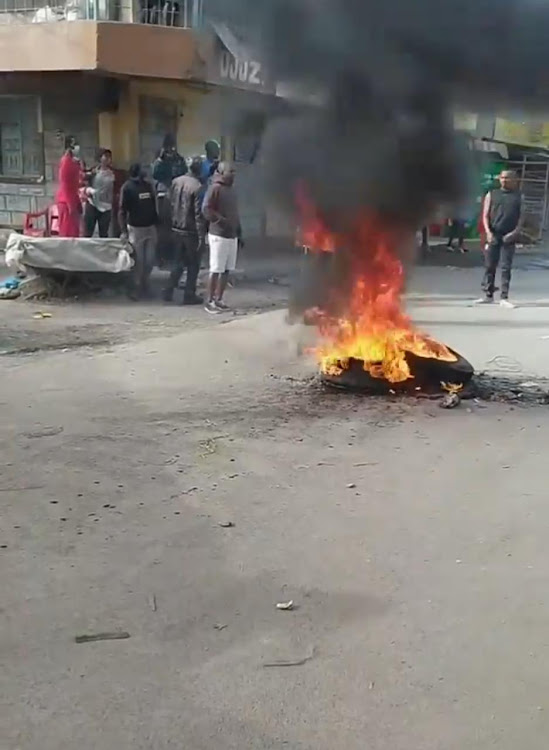 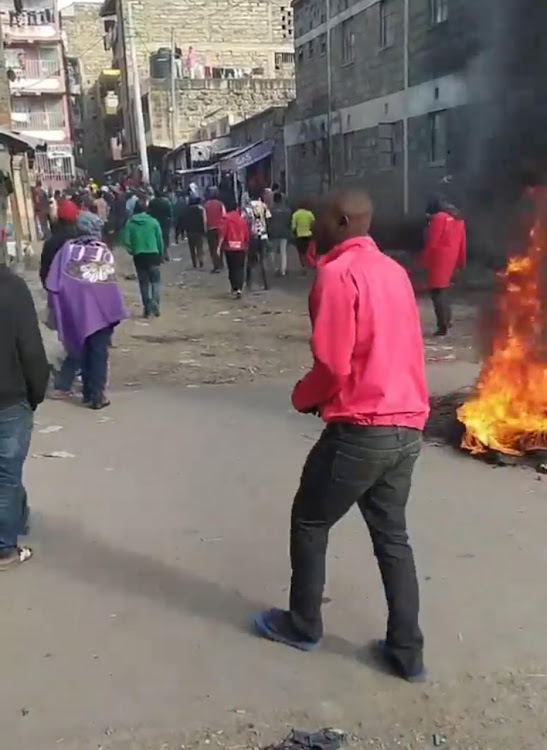