• Inside the coffin was a chicken alive with a rosary on the neck, and a snail. 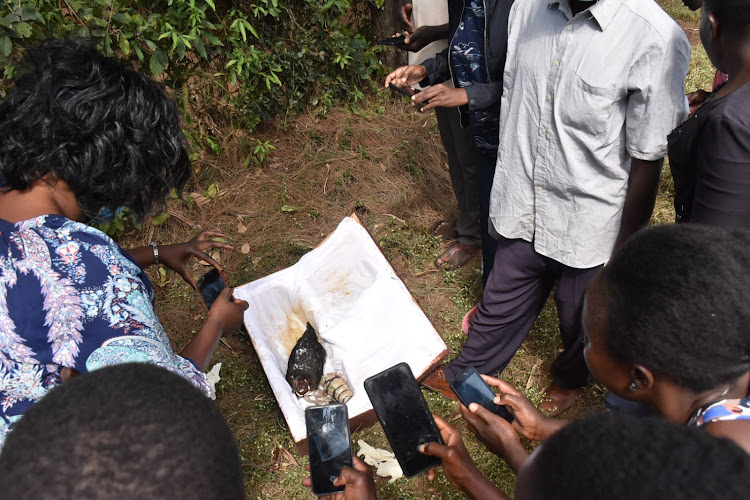 Shock and fear engulfed a village in Kogony Korando within Kisumu County after a small coffin was found dumped in one of the homesteads within the area.

Inside the coffin was a chicken alive with a rosary on the neck, a snail amongst other strange things tied on it.

According to the owner of the homestead, Sylvestor Okero when they work up in the morning, they found a small coffin in his home.

Okero said he got scared and called one of his neighbors to come and witness what he had seen in his homestead.

"The coffin was sealed so I. Did not open it but called one of my neighbors to come and help me on this".

He said this was the first time such a thing was happening.

"I don't have any issue with anyone but I suspect this might be from my close relative with whom we are having land disputes."

According to the neighbor when he was called, he went to the homestead saw the coffin and they went and reported the matter at Riat police post before the coffin was opened later.

"It's very sad. The chicken was black in colour.  I have never seen such a thing. In my 50 years now" he said. 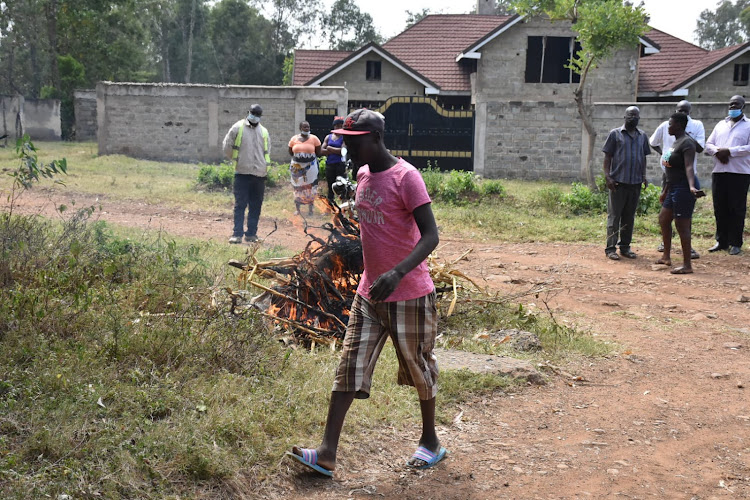 He added that after that the locals took the coffin out of the homestead and burnt the coffin with the content inside.

Another witness Ann Achieng said while going to the market he saw a number of people including some officers and chief and the homestead.

When the chief opened the coffin, they saw what was in it and were surprised.

"The only thing we can do is offer prayers to the family members because this is pure witchcraft", she added