'All we want is justice,' Joyce Nyambura's family cries 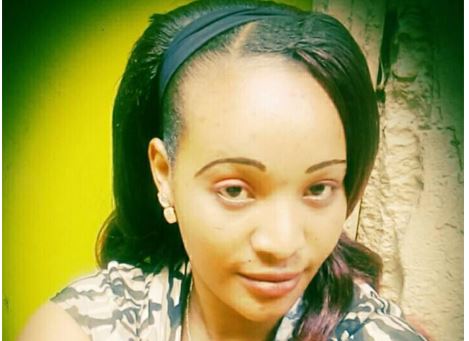 Her body was found outside her sister's house, bleeding. She had stab wounds on her face and stomach.

According to the family, Nyambura and the boyfriend differed on whether she should leave Kenya for Qatar or continue staying in the country.

Nyakundi wanted her to stay.

“My sister had really struggled in vain to secure a job here in Kenya until she got the chance to leave for Qatar and we were all happy as a family. However, the turn of events has left the family with so much pain,” Derrick Muchiri, Nyambura's brother, said.

The family said Nyambura was stabbed with a knife in the abdomen and mouth. She also had bruises on her head, an indication she was assaulted before being murdered.

The mother said she had met Nyakundi, who the family suspects killed Wanjiru, several times and he appeared respectful.

“All we want is justice as a family; we know my sister was kind and loving,” Muchiri said.

The family took the body to Kenyatta Memorial Funeral Home where it is expected to undergo an autopsy later this week.

The matter was reported at the Kasarani police station.

In the morning, Hannah said a neighbour woke her up telling her that her sister was lying outside near her house, bleeding.
Exclusives
1 month ago