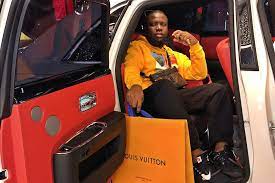 He was arrested on various charges among them were money laundering, impersonation, identity theft, and banking fraud.

He was extradited to the US after UAE's police arrested him in a documented operation termed "FOX HUNT".

He may be sentenced to up to 20 years in prison according to journalist Evans Rattiff who shared copies of the agreement.

The agreement binds him and is limited to the attorney's office in the United States.

He will not contest facts entered in the agreement and abide by all agreements regarding sentencing.

He is also expected to be truthful at all times with the United States probation and pretrial services office and the court.

He will pay $1.7 million in restitution but this may change based on the facts that may come out before his sentencing.

The father of two has been off the public limelight unlike his wife Amina Mohammed.
Politics
1 month ago