Piece by: KNA by Salome Alwanda 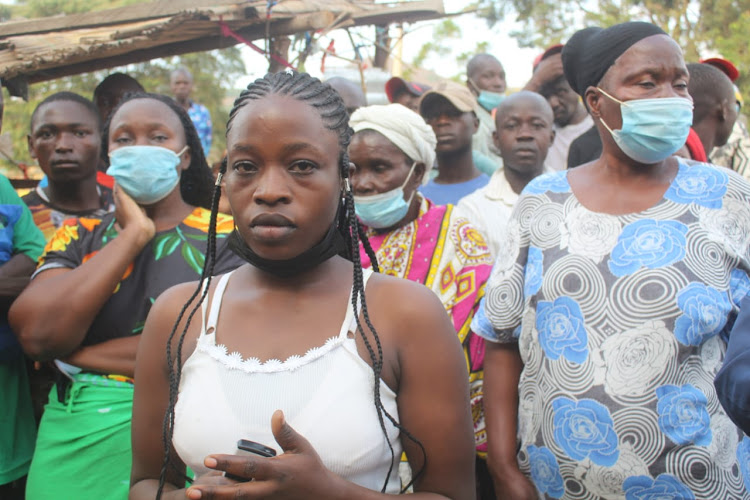 Shocked neighbors at the scene of the incident

A watchman manning one of the Bars at Port Victoria Centre has been murdered.

Confirming the incident, Bunyala OCPD Peterson Nyakundi said that the body of Silvanus Oduory (42 years) was found in a washroom in one of the hotels in the town yesterday morning.

“This morning, we received a report that somebody has been murdered at Cammila bar and restaurant,” Nyakundi said explaining that the hotel manager suspected the heinous act was committed by four men who went to the facility Monday evening and booked a room.

“When the manager woke up in the morning, he found the door to the room wide open and the watchman could not be found,” he said, adding his body was later found lying in a pool of blood in a washroom.

All was okay until one weekend when Kariuki visited and found out that his wife of three years was not home. She had run away.
Crime
1 month ago

He further said that the manager later discovered that four TV screens had been stolen from the facility.

“I want to urge bar owners to keep records of clients visiting their facilities by verifying their original IDs,” he said, adding this was the second incident in the area in the recent past.

The OCPD said police have since launched investigations in efforts to apprehend and prosecute the suspects.

Nyakundi at the same time reminded Mpesa Agents to keep records of their clients and insist that they produce their original Identity Cards before offering them services.

Now, it turns out he posted photos of her funeral on his Facebook status. Makokha specifically shared the photo from the graveside of a cross with ...
Crime
1 month ago