• Makokha is a serial killer, who had been arrested before for the murder of his brother, the wife, and their 1-year-old baby. 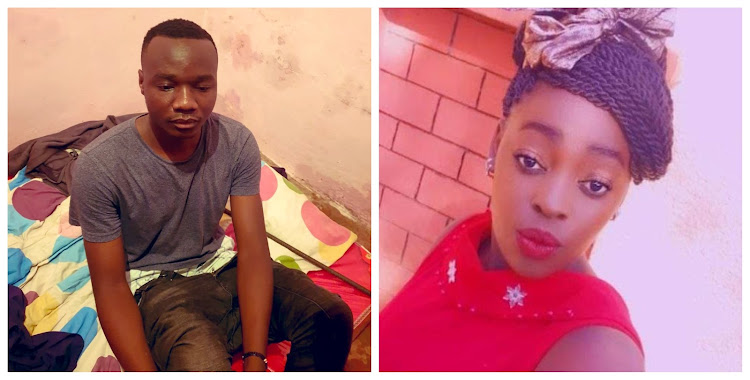 The man suspected to have killed 23-year-old Christine Ambani has been arrested by the DCI.

After being on the run for several days, DCI detectives pounced onto Kalio Makokha today at his room in Kayole area.

Christine Ambani, a university student at Kiriri Women’s University of Science & Technology, was found dead in a guest room in Githurai, on July 13 2021.

It has emerged that Makokha is a serial killer, who had been arrested before for the murder of his brother, the wife, and their 1-year-old baby.

He killed the three members of his family by setting their house ablaze while they were inside.

This incident happened in Mumias area. Makokha was charged, remanded at the Kakamega G.K prison but later on released under unclear circumstances.

For Christine Ambani's murder, Makokha had a date with her at the guest room in Githurai where he stabbed her on the neck, leaving her to bleed to death.

After the heinous act, Makokha took Christine's phone, logged onto her Whatsapp. Posing as Christine, the assailant wrote a message in her family's Whatsapp group, asking for Ksh, 87,000 to refund her boyfriend(Makokha) the money he had helped her to settle in college.

Makokha will be arraigned in court to answer the murder charges.

Christine Ambani was in an untidy room and had on the same clothes she was last seen in.
Crime
1 month ago