Driving minor rams into women kills 3 on the spot

• After hitting the four women, the vehicle occupants fled the scene of the accident, leaving three women dead on the spot. 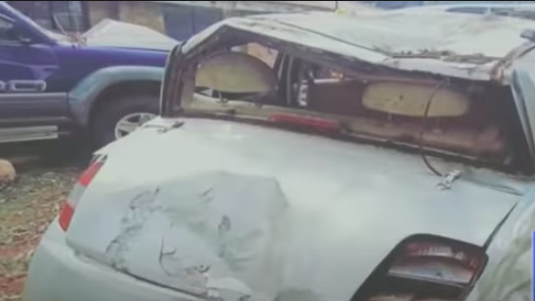 A vehicle reportedly driven by a minor rammed into 4 women after losing control at Gaitaga area in Muranga County.

Witnesses told NTV that the vehicle was being driven by a minor who was in the company of other youth.

The occupants of the vehicle are said to have been driving it without the knowledge of the parents.

After hitting the four women, the vehicle occupants fled the scene of the accident, leaving three women dead on the spot.

One other woman died while receiving treatment at the Murang'a Level 5 Hospital.

The vehicle is in police custody, but its occupants and the driver are yet to surrender to police.

Drama as a woman creates scene at Embu Police Station

The woman who was caught after she was identified for stealing a phone from a salonist was escorted to the police station, where another phone which ...
Crime
2 months ago