Drama as a woman creates scene at Embu Police Station

Piece by: KNA by Kimani Tirus 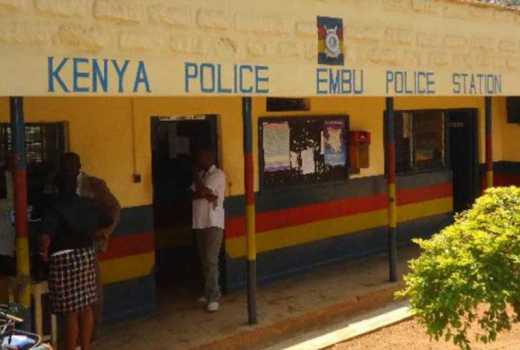 The woman who was caught after she was identified for stealing a phone from a salonist was escorted to the police station, where another phone which was stolen was found in her pocket.

Nancy Wangari, a salonist, told the press how last month the woman came to her salon and requested her to make braids for her granddaughter.

Wangari said the lady excused herself, promising to return after one hour, however after 20 minutes she realized her phone was missing.

While in Embu town on Thursday, Wangari met the lady and after identifying herself to her she pretended not to know her, however Wangari called another lady who is also a victim and she also identified the lady as the one who stole her phone before alerting the police who arrived and arrested the woman.

Meanwhile, Priscilla Wangeci who on Thursday was tricked by the woman came to report the loss of her phone only to meet the woman at the police station and upon quick search, her phone was recovered in the lady’s pocket.

Wangeci’s narration of the trick the lady used is similar to that of the others, saying the woman came to her salon and after making her hair she requested her to make braids for her granddaughter and then paid Sh100 before excusing herself to go and get change.

She waited for the woman in vain, and when she wanted to use her phone, she realized it was missing and decided to report the matter at Embu police station where she found the woman and the phone.

The mother managed to send Sh5,000 before she reported to police who traced the three and arrested them.
Crime
1 month ago