Piece by: KNA by Sharon Gitau

• When police arrived at the scene, they found the victim bleeding profusely before rushing her to hospital where she later succumbed to the injuries. 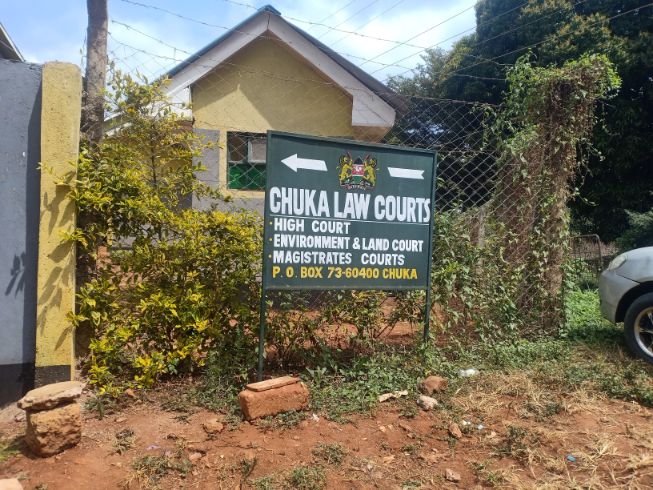 Chuka law courts where the accused was arraigned on Monday July 19, 2021.

A man from Igambang’ombe Sub-county in Tharaka Nithi was arraigned in Chuka court Monday for allegedly killing his wife.

According to the neighbors, Mawira had occasionally beaten his wife over trivial misunderstandings but not to such too extreme level.

He, however, did not harm their child during the incident.

When police arrived at the scene, they found the victim bleeding profusely before rushing her to hospital where she later succumbed to the injuries.

Her body was then moved to Chuka Sub-County Hospital Mortuary pending postmortem.

The assailant will remain in custody for 14 days as he is considered a flight risk and also to guarantee his own security.

The Officer-In-Charge of the Directorate of Criminal Investigations in Meru South, Kennedy Kipkorir said that it was important that the accused remain in custody to allow for further investigations over the matter as they also await postmortem results.