• The man was barely 16 years old, when he executed his first victim four years ago. 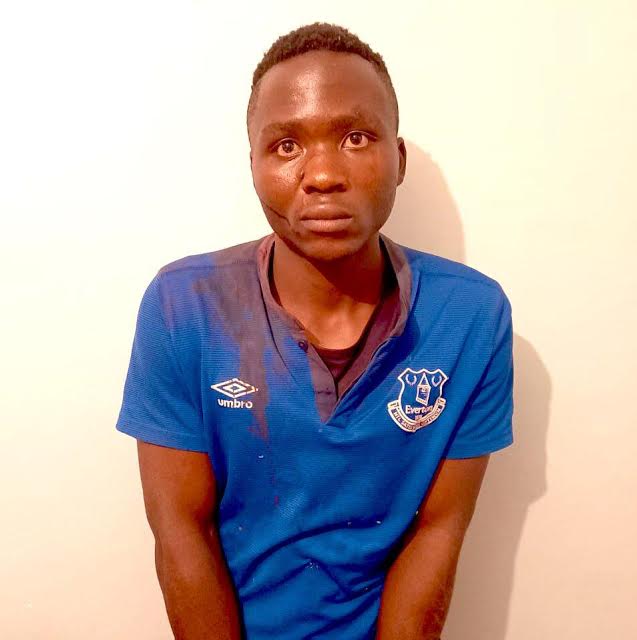 Masten Milimo Wanjala, 25, the bloodthirsty vampire, claims he single-handedly massacred his victims, sometimes sucking blood from their veins before murdering them.

Police believe the suspect is behind at least 12 murders of children, including at least one in Machakos, one in Bungoma, as well as in Nairobi.

Wanjala was produced in a Makadara court on Thursday and police were given 30 days to hold him while they investigate and recover bodies. His next court appearance is scheduled for August 16.

Three bodies have been recovered, two on Tuesday, one on Wednesday.

The ears were cut off the first two boys discovered on Tuesday, however, the bodies' decomposition made it difficult to ascertain other mutilations.

Police said they believe witchcraft rituals may be involved.

The grim search continued on Thursday.

Wanjala claims he documented by date all the child disappearances and executions linked to him. He provided police with a book detailing his executions, which are gruesome.

He told police after luring his targets to isolated places, he first stupefied them with a chemical before killing them and sucking their blood.

Detectives established all the murder victims were stupefied using a white substance in powder and liquid form. The victims were forced to drink or inhale it before being killed, mostly strangled.

“The man is unapologetic and told detectives he derived a lot of pleasure from killing his victims,” a police officer said.

Police described him as a "vampire" who for four years has left families distraught, clinging to hope of finding their children.

Unbeknownst to the anguished family, their children were long dead.

Sometimes he asked for ransom after he had already killed the children.

Their remains were dumped in thickets in lower Kabete and riverbeds while others were submerged in sewers in the city and left to rot.

In a chilling blow-by-blow account, the murderer recounted harrowing details of how he lured victims, including his playmates, saying he would show them something special.

Police said he was barely 16 years old, when he executed his first victim four years ago.

Purity Maweu, 12, was the first to fall prey. She was the only known girl victim, the rest were boys.

Purity was kidnapped from Kiima Kimwe in Machakos and her blood sucked by the killer, before being left for dead. The body is yet to be found.

This marked the beginning of a spate of child disappearances and executions, all of which he documented by date.

Police planned to visit the scene where he dumped the body.

Three years ago in Kamukuywa, Kimilili, Bungoma county, a 13-year-old boy identified as Aron, was murdered by Wanjala, who recounted the details to detectives.

Aron’s killing led to protests in Kamukuywa. Residents torched a house belonging to a person they suspected to be the killer. The man was not the killer.

“When I killed the child back in the village, I took some concoction, that is what drives me to kill,” he said.

According to investigators, the man has been on a killing spree targeting children between the ages of 12 and 13 years.

He is behind some of the kidnappings that have rocked Nairobi.

Investigations show the killer lured two boys from Kitengela and Mlolongo to their death. They were strangled and their bodies dumped in a sewer line in Pumwani area.

The bodies are yet to be discovered as police sought the help of county government experts to open the sewer and remove the remains, if they are there.

On Tuesday afternoon, Wanjala led detectives to Gitaruru in Kabete where he had dumped the bodies of two boys recently kidnapped from Majengo, Shauri Moyo.

A missing child report had been made at the Biafra police patrol base.

Missing Child Kenya, a leading agency for searching, tracing and reunification of missing children had run an appeal for Mutuku.

The appeal said Mutuku was last seen on July 7 in Biafra and was a pupil at Sidarec Primary in Majengo, Pumwani.

On his Facebook page Wanjala claims to have attended St Anthony High School and Kenyatta University.

He resides in Kitengela, Kajiado county, and had once been remanded at Kabete Approved School for truancy. This gave him thorough knowledge of the area where three bodies were recovered.

The suspect would frequently commute from Kitengela to California estate in Eastleigh area to play football with boys from the neighbourhood.

“That is how he befriended some of his victims and won their trust, before he started luring them to their deaths,” police said.

Wayua alerted the police who tracked the signal to Wanjala’s hideout in Kitengela where they arrested him. Police recovered Sh4,700 from the suspect.

According to Opindo, his son had gone to Sagaret Primary School in Nairobi’s Majengo estate on the day of his death.

Wanjala told detectives that he is "unapologetic over his actions" and that he "derived a lot of pleasure from killing his victims."
Crime
1 year ago

Cases of kidnapping have been on the rise but police say they are on top of things.

Some victims were killed, others rescued  by police.

Private agencies and police say as many as 61 children were reported missing in Kenya between March and May this year, the majority of them are yet to be found.

Most of the children are kidnapped by people known to them for money, trafficking or rituals.

Police have formed a special squad to investigate and solve these cases, which they say are a threat to the national security