• Wanjala said he would dump their bodies in Lower Kabete thickets or submerge them in city sewer lines. 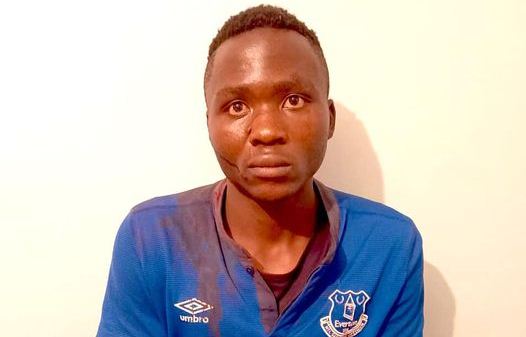 The public outcry over new details emerging on a serial killer who has confessed to kidnapping and killing 12 children is at its peak.

The serial killer identified as Masten Milimu Wanjala has confessed to killing 12 children in a span of four years.

Wanjala confessed that he would subdue his young victims using a white chemical substance, before executing them. Sometimes he would suck their blood from their veins.

The Directorate of Criminal Investigations has revealed that Wanjala will show police more places he dumped the bodies.

Police say they don’t expect to recover some of the missing bodies because they have overstayed where the killer says he dumped them. Wanjala said he would dump their bodies in Lower Kabete thickets or submerge them in city sewer lines.

He targeted young teenagers in a ritual like trend. So far three bodies have been recovered and police expect to get two more today in Pumwani area.

According to the detectives in charge of the case, Wanjala was only 16 years old when he executed his first victim, a 12-year-old girl he kidnapped in Machakos.

“Maweu’s killing marked the beginning of a spate of child disappearances and executions, all of which the killer documented by date as detectives who experienced dreary times in the field discovered,” the police report says.

He struck again in 2019, killing a 13-year-old boy in Kimilili. He told detectives that the killing sparked protests in Kamukuywa, with residents torching the home of a suspect in the boy’s death.

In the most recent case, he enticed two boys, Kitengela and Mlolongo, before murdering them and dumping their bodies in a sewer line.

“Their bodies are yet to be discovered. The forensic trail painstakingly pursued by our sleuths has placed the killer at the scene of every macabre killing that he masterminded,” detectives said on Wednesday.

On Wednesday, he led detectives to Gitaruru in Kabete, where he had dumped the bodies of two boys who had been kidnapped from Majengo.

Wanjala told detectives that he is "unapologetic over his actions" and that he "derived a lot of pleasure from killing his victims."

Another doctor who examined Tecra said she had incoherent speech after being taken to The Nairobi Hospital.
Crime
10 months ago