• He said in the heat of the argument, the attacker took a paddle and hit Oteyo on the head, throwing him off balance slipping over the boat before he drowned. 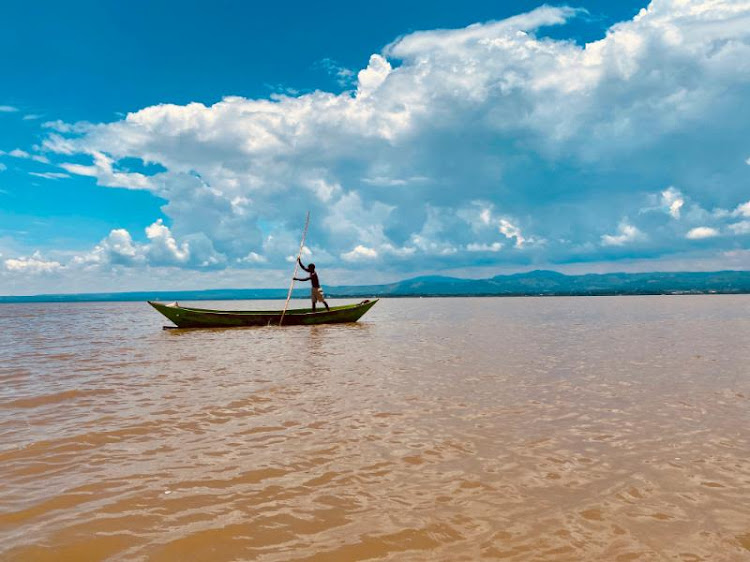 A fisherman at Lake Victoria

A 47-year fisherman was allegedly killed Tuesday evening by his colleague in a fight over fishing space in Lake Victoria's Ngegu beach, Homa Bay County.

The deceased identified as Taban Otieno Oteyo was reportedly hit on the head with a paddle by the attacker who accused him of invading his fishing space.

The deceased is said to have left for fishing accompanied by three colleagues in the waters of Lake Victoria at around 8.30 pm.

Zedekiah Aduwo, the boat owner said the suspect began to confront Oteyo and his colleagues in the lake accusing them of casting their net where he had cast his own.

He said in the heat of the argument, the attacker took a paddle and hit Oteyo on the head, throwing him off balance slipping over the boat before he drowned.

“The deceased was confronted alongside his three colleagues with the suspect claiming that they had cast their net where he had already cast his.  The three however managed to swim safely towards the lakeshore,” said Aduwo.

The chief, Kochia location Joseph Juma who confirmed the incident said that the matter has been handed to the police for investigations.

Kochia said that Ngegu Beach Management Unit (BMU) leadership has mobilized fishermen to retrieve the body of the deceased.

A detective from the Directorate of Criminal Investigation (DCI), Dennis Isemek, told the court the former MCA had met Mr Sidik in his house to ...
Crime
2 weeks ago