Piece by: KNA by Galgalo Bocha

• The former MCA and the 14 suspects are all linked to the lynching of businessman, Sidik Anwaraii Sumra, his driver, Rahil Mohamed Kasmani and a land agent, James Kazungu and the burning of Mr Sidik’s vehicle on July 7, 2021. 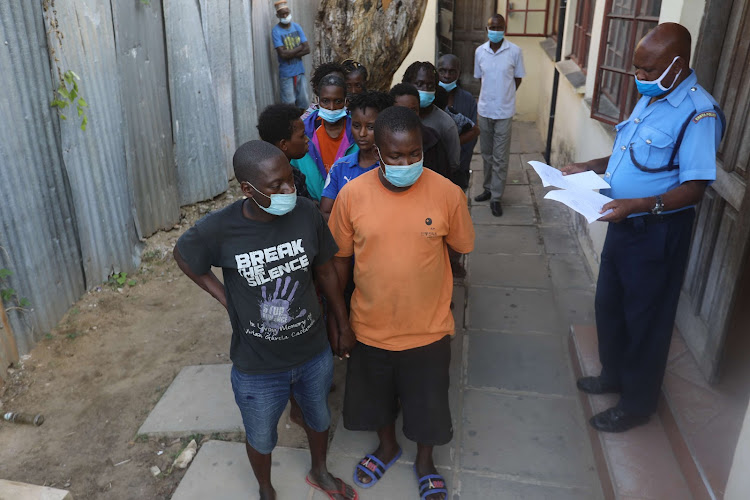 A former Member of the Kilifi County Assembly (MCA) and 14 other people have appeared before a Shanzu law court over the recent killings of three people, including a Mombasa businessman in Junju area, Kilifi County.

Former Junju MCA Onesmus Gambo and a squatter, Raphael Kenneth Karisa, were Tuesday afternoon arraigned before Principal Magistrate, Yusuf Chikanda, who allowed police to detain them for 14 days to complete their investigations.

The former MCA and Raphael were produced in court a day after 13 other suspects, including a village elder, were arraigned before the same court, which ordered that they be detained for five days to allow police complete their investigations.

The former MCA and the 14 suspects are all linked to the lynching of businessman, Sidik Anwaraii Sumra, his driver, Rahil Mohamed Kasmani and a land agent, James Kazungu and the burning of Mr Sidik’s vehicle on July 7, 2021.

A detective from the Directorate of Criminal Investigation (DCI), Dennis Isemek, told the court the former MCA had met Mr Sidik in his house to discuss the purchase of a parcel of land prior to last Wednesday killing.

The deceased businessman and the suspect held a second meeting in Mtwapa a few days before his horrific murder.

The deceased businessman and the suspect held a second meeting in Mtwapa a few days before his horrific murder.

The Court heard that his co-accused, Raphael is among tens of squatters living on the land the late Sidik was interested in purchasing.

“The respondents have crucial information that will assist the investigating officer to arrest other people who were involved in that heinous act,” added Mr Isemek.

The prosecution told the court that the accuseds’ mobile phones have been forwarded to the cybercrime unit of the DCI for forensic analysis.

The Court also heard that detectives are yet to record statements from crucial witnesses with the prosecuting, warning that the release of the suspects would jeopardize investigations.

Some suspects were allegedly found dressed with blood-stained clothes traces of blood which were forwarded to the government chemist for forensic examination.

The Court heard that the suspects are flight risk if released from custody, frustrating efforts to have them face justice.

On Monday, the first 13 suspects told the court they were arrested at their homes during a police swoop in the area following the incident.

They also objected to the police application to have them detained in custody to allow the completion of investigations.

In his ruling, the Principal Magistrate declined the prosecution application to have the 13 first suspects held in police custody for 21 days.

“I recognize this is a serious matter that requires the police to conduct thorough investigations. I, however, there is no enough reasons to have them detained for 21 days. The suspects shall remain in Mtwapa Police Station for five days pending investigations,” ruled the Magistrate Yusuf Shikanda.

The suspect led police to a place near Kabete Approved School where he had dumped the bodies of the two children.
Crime
1 year ago