• Kenyans online have responded to the statement, accusing the authorities of denying something that is evident. 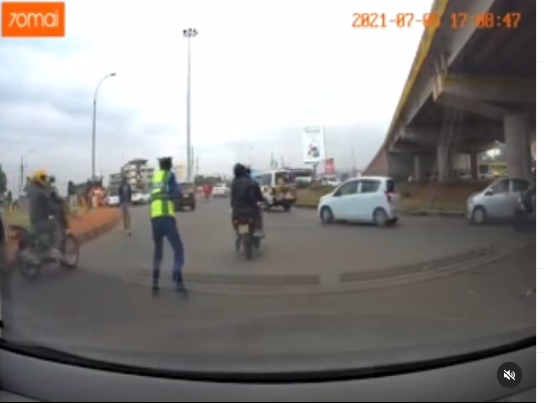 Kenyans on social media are not buying a statement by the National Police service saying that a cop's phone was not snatched.

After the video went viral on social media platforms, the Police Service said it had been manipulated for malicious intentions. They asked members of the public to ignore it.

Now, Kenyans online have responded to the statement, accusing the authorities of denying something that is evident.

Many are convinced that the police officer's phone was stolen and what the National Police Service is doing is what is famously known as 'Kuruka story.'

Here are some of their reactions;

@ Samwel Mwirigi - "You don't want to admit you have done nothing to the so called hot spots to stop these activities."

@ Don - "We can't ignore when you lie to us. Accept it happened and move on."

@ Kimutai - "The first stage of grief is denial."

@ Leachy - "This the kind of thing that makes this country go backward! Instead of dealing with the situation and make this country safer.... U just sweeping the dirt under the carpet! It's a shame!"

Police service speaks on video of officer's phone being snatched

A police officer manning traffic at an undisclosed road in Nairobi seemingly lost his phone to thieves.
Lifestyle
1 year ago