• Waiganjo had complained of chest pains shortly before collapsing.

• She collapsed on Saturday, July 3 at Baita Restaurant in Upperhill, where she had attended a farewell party organized for outgoing Makadara DCI officer Henry Kiambati. 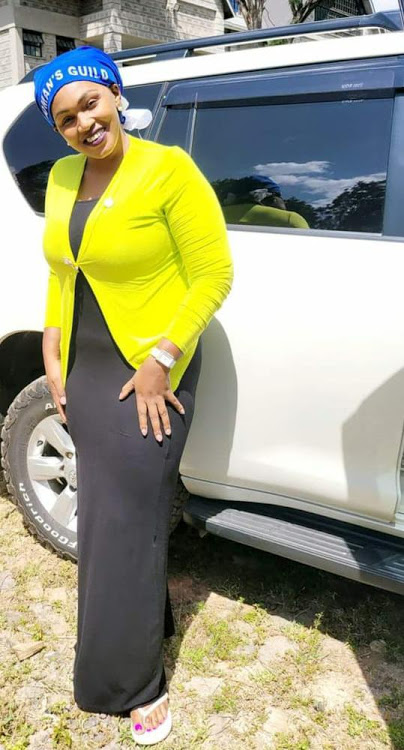 The autopsy was conducted on Thursday, July 8. Government chief pathologist Dr. Johansen Oduor, who conducted the autopsy at the Kenyatta University Funeral Home, said Waiganjo had a blood clot in her left leg, which affected her heart functions.

Police and the family attended the event. “She had deep vein thrombosis, which led to pulmonary embolism, a clot in the pulmonary artery,” Dr. Oduor said.

She is set to be buried on Friday, July 9 at her Karatina home, Nyeri, her colleagues said. Deep vein thrombosis occurs when a blood clot (thrombus) forms in one or more of the deep veins in one’s body, usually in the legs.

Deep vein thrombosis can cause leg pain or swelling but also can occur with no symptoms. One can get DVT if she or he has certain medical conditions that affect how blood clots.

A blood clot in your legs can also happen if you don't move for a long time, such as after you have surgery or an accident, when you're traveling a long distance, or when you're on bed rest many things can increase one’s risk of developing the condition including age, injury or surgery, pregnancy, obesity, smoking, family history, heart failure, among others.

Pulmonary embolism (PE), which killed Waiganjo, is a potentially life-threatening complication associated with DVT. Doctors say it occurs when a blood vessel in your lung becomes blocked by a blood clot (thrombus) that travels to your lung from another part of your body, usually your leg.

Waiganjo collapsed on Saturday, July 3 at Baita Restaurant in Upperhill, where she had attended a farewell party organized for outgoing Makadara DCI officer Henry Kiambati.

According to her colleagues, who were present, Waiganjo had complained of chest pains shortly before collapsing.

The deceased was the younger sister of Joshua Waiganjo, who was arrested in January 2013 after allegedly posing as an assistant commissioner of police for five years. The courts, however, acquitted him.

"My daughter, you did not do a good thing by killing people. Come and say if there is a problem."
Crime
1 year ago