“Women farting was so common place they didn’t even try to hide it, gone were the days of bashfully hiding it or dashing to the lavatory. It was as if they so resented the death of chivalry that they were prepared to be as uncouth as the foulest of men.” – Angela Abraham, 2015

Last week I was at a party catching up with my friend Mike. I haven’t seen Mike in years so asking him questions such as “Aaaye Mike…. Habari ya masiku mzee”. Childhood friends hold a special place in your heart because they invoke memories of some of the most vulnerable phases of your life, some involving girls.

“Mazee, siku hizi nafanya hii works, mpaka niko na dem flani utamwona”. This made me feel a bit out of place. All my friends are either married or in serious relationships but I’m still looking forward to mutura from “Mwangi’s” after a hard, long day at work.

Old friends love to brag about their accomplishments.

Just as I was about to barge in to the conversation with, “Ata mimi niliwacha kuoga na Ushindi siku hizi… natumia Geisha”, his girlfriend came by. The girl was cute!

“Hae, I’m Agnes… nice to meet one of his childhood friends. Was he naughty at school?”

“Wow! a charmer as well”, I thought to myself as I shook her hand.

This lady looked like she was carved out by the gods. Huyu dem angekuwa food ya high school, angekuwa top layer. Huyu dem alikuwa the ripest avocado in the basket. Msupa tialala tano tena!!!!

Mid conversation as Mike was bragging about his turbo, something weird happened. The worst scent of all filled the air. The smell was intense …like a hard boiled egg. One would think the place had suddenly been fumigated with sulphurous oxide.

“Eeh…” I let out a breath while my eyes squnted. “Kwani sewage ya nyumba imetoboka?” I lightly joked.

At this time, the smell was becoming intense by the second. This one was not going away.

Agnes replied with “Yakh! Someone has farted terribly”, as she hastily walked away.

The putrid smell of unpassed faeces permeated the air of the party. I wanted to go outside but when I stole a glance at the window, it was starting to raining …so we were trapped in that brain-numbing disgustingness.

To which he quickly responded “Zii… hio sio brand yangu”

At this critical moment, I chose to do a quick fart analysis. It is a well known fact that every fart has characteristics of the owner. You know the way there are wine tasters and wine coinneseurs? I was attempting to forge a new Science of fart analysis.

First, I looked at the concrete evidence. Whenever someone is guilty of farting, they attempt to smell their own fart to determine its strength. This is a critical moment because depending on its strength, their next statement will either be awkward silence or a “Kuna mtu ameshuta hapa”

A further fart analysis showed that the fart had traces of Agnes’ perfume.

And that is how I ended up getting beaten and thrown out of a house party on Saturday. I walked home in the rain. It was drizzling anyway! Besides, I was now free to breathe in the fresh air.

I’d rather take the cold and the wet than that horrendous stench. 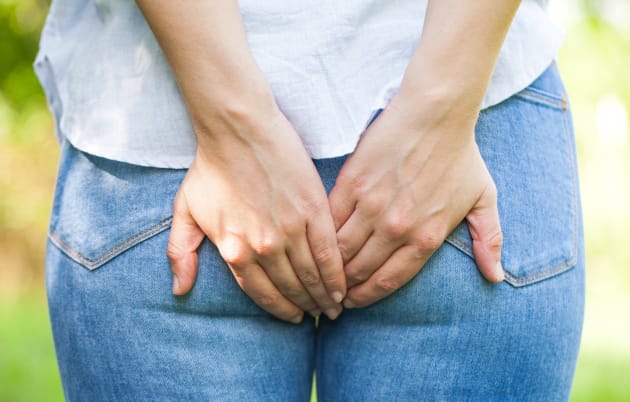 Mama yao! Zari reveals dumping Diamond on Valentines was the best way ever

‘I don’t want to raise a son without a father!’ Tanasha Donna reveals she fought for her relationship

Indoor games to keep your kids active during quarantine- List

For the love of shoes! DP Ruto’s daughter shows off designer...

‘Stick to men of your class,’ Andrew Kibe advises Tanasha after...