First off, allow me to say that alot of single mothers are strong individuals. However, most aren’t. In all honesty – most were just silly little girls who were lied to by men who then left them high and dry. Unfortunately when a girl gets a child, her maturity, atleast mentally plateaus. 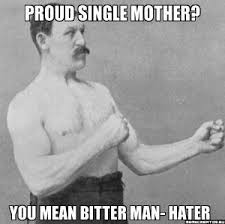 That is why most girls who get pregnant before getting the stupidity of youth out of their system dump their children with their parents and return to hard partying.

And that is a truth most men are all too familiar with seeing as though most of these little boys running around have sired children whom they later abandoned, they still attempt to keep tabs on them. And that is why the stereotype about single mothers is… Let us get right into that on the next page!

My first sponsor gave me money, a lot of money! Vera Sidika opens up

All about my Covid-19 hustle – Kim Koima

Your music is dead! Sailors take down Ringtone over one bedroom diss

Drip!!! Top 10 Styles By Diamond Platnumz We All Love

Love brewed in bongo! How Mama Dangote met her husband

I need a wife like Sarah – Maina Kageni tells the...

‘I went back to Churchill Show 2 months after giving birth...